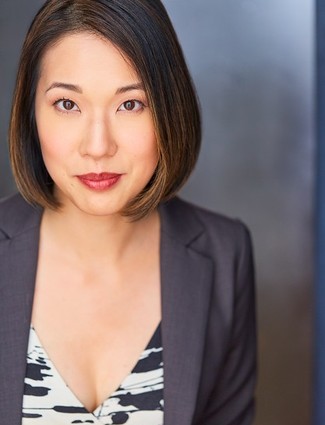 Stephenie started her career in the Chicago theater and has since worked in TV (NBC, Fox, Starz, Amazon), print, commercials, industrials and audiobooks. She continued her stage career in some of the country's leading theatres (including Steppenwolf, Goodman, Guthrie, Kirk Douglas, The Old Globe, Indiana Rep). A favorite role was originating the lead role in King of the Yees, for which she won a Scenie Award. Stephenie speaks French, as well as very basic Korean and bahasa Indonesia. She also sings and plays violin and piano, and she has just started teaching herself the ukulele and flute. Prior to becoming an actor, Stephenie worked as a professional cook, attorney, and Peace Corps volunteer.
Height: 5’ 4"
Weight: 109
Hair: Black
Eyes: Brown
Bust: 32, A
Shoe: 7.5
Waist: 25
Hip: 35
Dress Size: 0
T-Shirt: XS