On Camera, Voiceover and Print Advertising. Dave was a long time voice for Oscar Mayer and Moen Faucets! He's also voiced some of the biggest concert tour spots in the country. Like Zac Brown Band, Lady A, Gary Allen and countless others. His voice has been heard on NBC and PBS and he is also the voice of several radio and television stations. On screen you may have caught him on FRIDAY NIGHT LIGHTS (NBC). Or on the commercial for DishNet called "Take the Dish Challenge" that ran on almost every channel! In early 2020 Dave was up for a part on NBC/CHICAGO PD until the Covid crisis shut down production. He is currently being considered for a role on an upcoming CW program! Dave is available through Hayman Talent for On-Camera, Voiceover and Print Advertising.
Height: 6’ 6"
Weight: 260
Hair: Brown
Eyes: Hazel
Shoe: 13
Suit: 44
Waist: 34
T-Shirt: XL
Suit: 44 L
Neck Size: 17.5
Sleeve: 37
Inseam: 34
Chest: 44 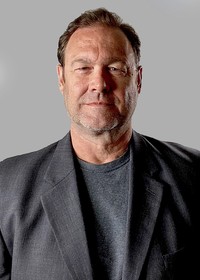 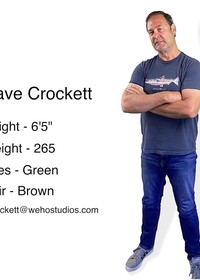