Briana has appeared in many commercials, print Ads, Runway shows as well as music videos. You can find her portraying the lead in Runaway June's " I Can Buy My Own Drinks" which was recently nominated for Best Breakout Music Video. Briana will also appear in a new film called "Haunt" featuring Katie Stevens ( The Bold Type). Briana plays the younger version of Katie's Character, Haunt is set to be in theaters late in 2019. This fall she has two appearances as Co-Star roles, one in Netflix's Original Dolly Parton's Heartstrings and the other in the Lifetime Original Patsy & Loretta forever. She was recently nominated for Best Female Child Actress in the Los Angeles International's Film Festival for Indie Shorts Fest for her lead role in Dalia and received 1st Runner Up.
Height: 4’ 8"
Weight: 62
Hair: Brown
Eyes: Hazel
Shoe: 4
Waist: 25
Dress Size: 8
T-Shirt: M

All Light Will End
Principal 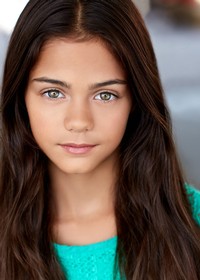 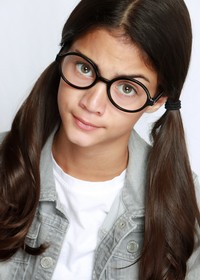